A cross-over post from another blog, with details of what's going on at Pijin? Mind-killer. Anyways, Netley's got some very reasonably priced T's on the go (£8 a pop, with free badges 'n' stickers? Hells yeah) which you can either get through him direct or from the shop. Blacks only go down to medium now, but there are smalls in white and yellow. 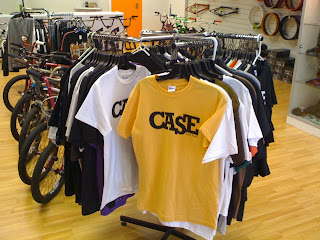 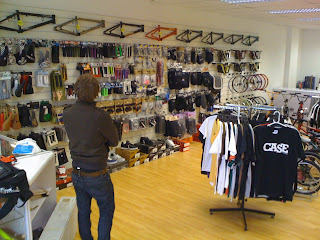 It's an interesting project, and I'm looking forward to seeing where it goes next. Good luck dude!

This is a video of a trip to Montreal by the dudes at Niagara St that features some spots I really wouldn't mind riding, a cool vibe, and a manual to 360 down a stairset that I didn't for one second actually think was going to go round. You'll see what I mean...

Mike King's been busy in Germany - not only getting that Mr. Watkinson video out, but also this trip edit too. Much like my earlier statement that I'm not allowing people to post videos with Tanwalls in 'til I get some, I'm also going to have to respectfully ask that no-one else goes on trips, makes cool edits and puts them online 'til I get a chance to head off somewhere. Feels like forever since I last went on a trip!

Speaking of people not going on trips, Harry Main - get well soon!
Posted by Mark Westlake at 5:34 pm