First, some new product stuff. Cult have an Occult pivotal seat out. It's your usual stumpy Pivotal, but has what some people might consider a more alluring cover. 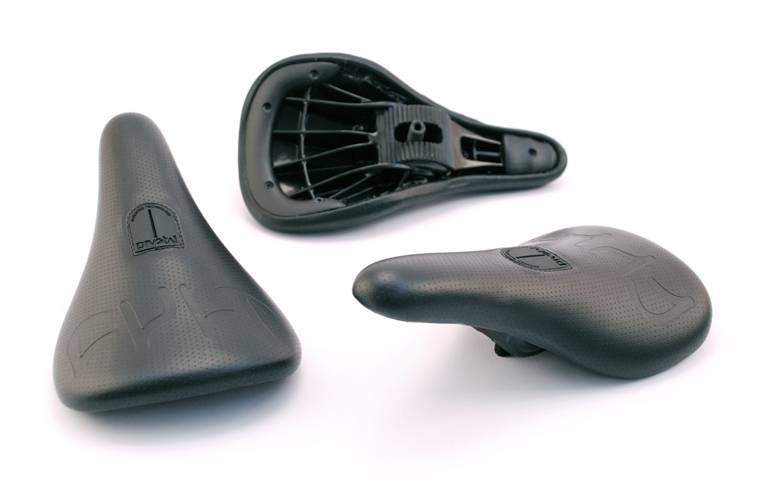 Cardinal's new frame also has a feature on Ride US. It's funny how MTB companies are always trying to copy BMX, but end up being a few years behind, whereas now a BMX company is copying what MTB companies used to do years ago. They're leaving behind vertical dropouts for a reason, but hey ho - I'm sure the public will decide...

Biggest embed code ever, by the way.

Oh - sort of a new product I guess, but issue 3 of CASE is due to drop soon. Don't think I saw #2, but #3 looks like it's light-years ahead of #1 in terms of design and (possibly) content, which is cool. Good to see progression there, and it's also good to see what looks like a pretty sweet end product. Looking forward to checking out the Tom Davis interview too - the guy's ridiculously good, yet still pretty much unknown. Having said that, I didn't realise he was sponsored now - although I probably knew at the time but forgot. Getting old or something... Anyways, Defgrip have the preview.

I'd heard plenty of rumours about the Carhartt video, and as a sort of 4-Down/Carhartt mix, here it is:

Lastly, before I eat my lunch and get back to work, here's a pretty random little edit feat. Eddie Cleveland and Jackson Ratima.

From TheMannaMachine, whatever that is?
Posted by Mark Westlake at 12:16 pm No comments:

Verde's team can do no wrong.

There, I said it. Even when Dave Thompson ghosts his bike it's comedy.

All the riding in this is nuts, especially the slightly unorthodox ender. All good.

Speaking of 'good', Akin Hercules-Walker seemed pretty good in his Ride interview, and he's now on the Emulsure team. I don't really know what, if anything, being on that team means or consists of, but... well... you get this video out of it anyway, so I suppose it's for the best.

Posted by Mark Westlake at 6:01 pm No comments:

Who cares about titles anyway? I should've just put :eltiT for the millionth time and be done with it...

Anyway: Kevin Porter has been through some dark times (Almost as dark as watching that England vs. Germany game in a "proper" pub up North. Winston Churchill speeches being played over the German national anthem? Serious business), but has done this web-video anyway.

Ty Morrow continues to be awesome, biting styles of video editing does not.

Lastly - Orchid have realised how awesome vulcanised soles feel and are now getting amongst it. This is a good thing.

Posted by Mark Westlake at 6:02 pm No comments:

Hop 3s are weird. Sometimes, they're the easiest thing ever. Some time they're insanely hard. This was made all the worse by seeing Benny L's switch, oppo 3. Clinical? Anyways, worth watching for sure - Ashley Charles and Ben Lewis are now on Etnies, this is video proof:

Off riding, toodle pip!
Posted by Mark Westlake at 6:44 pm No comments:

Not much to say?

Although those shirts could spell out "HIPSTER" and be as relevant to the scene portrayed in it, it's still a pretty good concept and I'm still keen to see what Almond come up with. WeThePeople and Eclat are both awesome, so there's no reason Almond shouldn't be.

Speaking of shoes - Vans have consistently been the best things I've attached to my feet for the past few years, and - again - this combo with WeThePeople should also be good. Cup sole instead of vulcanised, but hey ho!

If you're thinking of buying a new complete any time soon, MirraCo have updated their range. Ride have the scoop.

By the way - if you haven't watched it again today, the Dave Thompson video below is still totally awesome.
Posted by Mark Westlake at 10:47 pm No comments:


Go to PropsBMX.tv for more videos.

So - Dakota Roche is off Lotek and on Vans. Also known as "Doing a Chase Hawk"?

Alex Coleborn, on the other hand, isn't. (From Ride)

Lastly, here's something a little different - my housemate Ali doing some brakeless stuff. Badly filmed and edited by me. Obviously not going to be everyone's cup of tea, but there's some cool stuff in there that might spark some ideas.

Posted by Mark Westlake at 8:35 pm No comments:

Oh, and if you heard a mysterious shattering sound earlier, it was the sound of hundreds of Bikeguide member's hearts breaking when they found out Ben Ward left Odyssey. Hopefully their parents will keep them away from sharp objects in the foreseeable future.
Posted by Mark Westlake at 10:26 pm No comments:

Man, uploading large files is pretty much the least fun ever. If this times out, heads will roll.

In total contrast, the Euro trip that Lloyd has been on with Kink seems like it's both been going on since time began, but is also a load of fun.

Speaking of - saw this video today, and the intro alone made it worth sharing with others. The riding's pretty sweet too, but the intro... well... you'll see. In bonus news, this also features the not-really-new-but-new-to-me skatepark in Hereford. The older one was a wooden beaut complete with a BMX race track that made Chandlers Ford seem like some kind of Olympic facility. New park looks 'reet good laaaaaaaark' to quote the Northerners up here.

Danny Hickerson also wins, as does his section from Grounded. This is part 3, the rest are floating about if you're particularly keen on watching it. I still can't believe that rip-off Yeah Right section. Poor form.

Lastly, and somewhat making this a bit of a "People I've met a while back who were pretty good who are now really, really good" double header with the Lloyd content above, Tom Davis is a bit good. Filmed over 2 days in Coventry, then sorta just let loose to the public, there's some good bits 'n' bobs here, which also reminded me that Coventry is a bit of a treat in terms of stuff to ride.

Actually, this is lastly. A friend of mine showed me this video today without telling me who it was. Turns out it's a bit older but I just glossed over it before 'cos I wasn't really massively into what I thought was the way Zack Gerber rides. Turns out there's been a fair bit of development of both style and riding. This is awesome.

Posted by Mark Westlake at 5:37 pm No comments:

Well, I'm waiting for my friends to show up so we can go ride, so in the mean time apart from trying to work out what made me think buying a box of pomegranate arils would be a good idea, I might as well make mention of rad stuff I saw this week...

Tony Neyer who, according to Streetphire did a trick that was best described as 'naughty' on one of the most legit and indeed famous rails in Newcastle on Ride To Glory, now has a video up on ESPN featuring some ridiculousness. As a little warning, this video features an un-muteable gash pre-load video for Realplayer (the poor man's VLC (which says a lot bearing in mind VLC is free and Realplayer isn't)), so if - like me - you were trying to watch this at work and suddenly had some annoying American voice-over blaring out of your speakers, you might want to hit mute first.

The new Props is out soon (if not now?), and features some cool stuff. I wonder if they've started making Bios actually be biographical in any way now, instead of just a riding section? I guess it makes them sound more legit, but still, it'd be good to have a bit more depth to them. Did they lose the license for the Props song too?

Jared Chilko's videos were, to me at least, the sort of BMX video equivalent of warm milk. Sort of bland, but sort of relaxing at the same time. They seem to have gone down the route of pretty much every Chase Hawk video since Chill Bro now and feature some 'heavier' music (Which is definitely a good thing, in so much as I haven't seen a Chase Hawk video I haven't liked in... well... forever (see also: Mike Miller) and a bit less artfag-ness. I thought Vimeo had crashed at the ending, but apparently that was the banger, and that was the outro. Strange.

Lastly, 'cos I'd got it on my 'to watch list' but only just got round to doing so, a Gatorade - Go All Day edit that I thought was going to turn into a Cocaine - Go All Night edit when it hit the party scene. Pretty cool edit in fairness, gotta be hard having to make videos to impress suits whilst still being liked by 'normal' riders. Nigel Sylvester gets it done anyway.

Posted by Mark Westlake at 5:45 pm No comments: