Just got more details about the Fit S4 frame. Had a few people ask about it already in the shop, and there is not much info out there at the moment, so I thought I'd do a blog post since I haven't blogged anything in such a long time!

The next incarnation of the Mike Aitken frame will be arriving in the shop in about 10 days time. Retail price is £399.99. 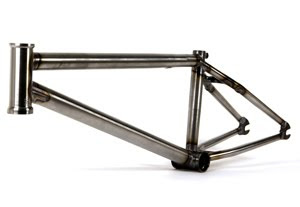 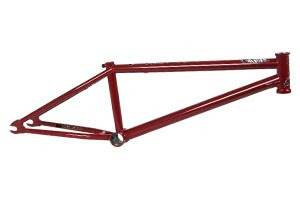 "Mike wanted the S4 to be as simple and classic looking as possible while using every new development in materials and workmanship available to improve on the S3.5. We’ve been working on new material for a Down Tube for the last six months so once that was finished and tested we were ready to go. The end result is a clean, classic frame that’s strong and still less than 5 pounds. Here are a few of the changes from the S3.5."

DSLRs are 'in' these days, especially for filming duties. My boss just bagged himself a 7D and they are nice to see, although pretty much every video I've seen people use them on recently has sort of felt detached from it all. I kinda miss the low-fi, up close look of older videos, maybe... Anyway, from Stoke with love:

Ride have a pretty cool overspill piece up on Tenerife. Randomly, I was checking a customer's address in Tenerife earlier today, and hit up the Street view feature on Google. I was remarking then on how many spots there were on the street our customer lived on, turns out there's plenty more around there. Drop out "The new Barca?" line, perhaps?

Adam posted this Mike Aitken video up earlier, as featured on BMXMDB. Fair bit of content over there now!

Posted by Mark Westlake at 12:17 pm No comments:

Saw this on the Orchid site earlier (For the record, 'Orchid' is the best name ever). Niki Croft is burly. Clickity.

Tunney posted up a pretty awesome video of Mat Hoffman from way back when - interestingly, from the first BMX VHS I ever bought. Worth your time, go to Props TV to check it out.

Here's the last two sections of For Those About To Peg, just to complete the series. Generally mixed reviews online, but that's pretty irrelevant. It's nice to have a video to look back on to remind you of good times you've had - I'd imagine it's not quite the same just having sour anonymous comments on a website to look back on. Who knows?

Cleggy posted up this cool video:

Posted by Mark Westlake at 9:36 pm No comments:

Email ThisBlogThis!Share to TwitterShare to FacebookShare to Pinterest
Labels: For Those About To Peg, James Newrick, Niki Croft, Orchid, Pete Greaves, Scott Taylor, Streetphire, The Count

Firstly, you want to know what the new Aitken S4 looks like? Well, there you go.

Seems to be a bit of sour buzz between Davey Watson and Shola, but here's his part from their video. Bangers.

A friend of mine up here described their own riding style as 'functional', which is what I'd also describe Kym Grosser's as. You be the judge...

Posted by Mark Westlake at 8:39 pm No comments:

This is late, but that's irrelevant - it's still amazing.

Posted by Mark Westlake at 10:17 pm No comments:

Yeah yeah, I know, says one thing and does another... Anyways, here's some cool video footage that's now sort of old. From Pete Greaves' rad For Those About To Peg video, sections 1 and 2 - from Streetphire.

While I'm content raping Streetphire, H posted up this link to Richard Baybutt's France trip photo gallery. While we're talking good photos, Joe Cox is pretty handy with an SLR, and here's a couple of exhibits to prove that - Exhibit A and Exhibit B

The kids need dropping off so this is the last niblet for today - Niki Croft rules.

From TheMake.
Posted by Mark Westlake at 8:01 pm No comments:

I heard he was aiming for Catfish.
Posted by Bonedave at 11:52 am 2 comments: