Scotland really is a weird place. It's bad enough being sober watching this video, but Edinburgh at 2am when you're pretty drunk is a whole other level of 'Sorry, I don't understand what you're saying'. Awesome edit by Dave Sowerby of Tony Malouf for BSD and Dig.

Posted by Mark Westlake at 7:00 pm No comments:

...which made me wonder where Jeff Koscis was these days. Turns out he was busy getting ridiculously good.

This is also good, hence why those videos reminded me to post this one now. You keeping up?

Posted by Mark Westlake at 1:01 pm No comments:

Man, Scotland is a weird place. Good street though, you should all go and check out Glasgow if you get the chance!

Some bits I missed out posting up last week:

Tom Dugan's a bit of a character. Riding's awesome though, and the video's pretty entertaining throughout in one way or another...

Just happened to check out Facebook and saw Lloyd Wright posting that he was now on Kink Pro. Awesome news, and very much deserved - Lloyd is rad in every way, even when you've been driving aimlessly around Wales for hours and it's raining the whole time...

The trailer for this video got posted some time ago, and now it's finally out - Almond's "Skanks and Bodyshots" video has dropped. Ben Hucke, Jared Washington (bonus gun show from him too) and Shane Weston do some cool bits 'n' bobs in this. Hop nothings look like the weirdest trick ever...

Posted by Mark Westlake at 4:58 pm No comments:

It's been a while since I've put a bike check up... the locals have no doubt seen Carlos out and about on his steed, but for those who are not so close to the shop, here is a peek at what the shop manager rides. 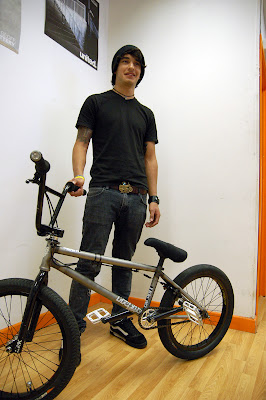 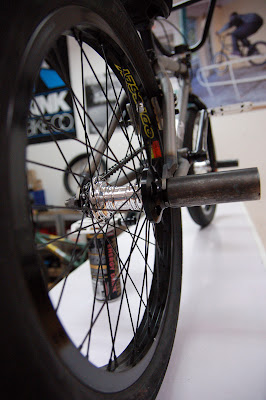 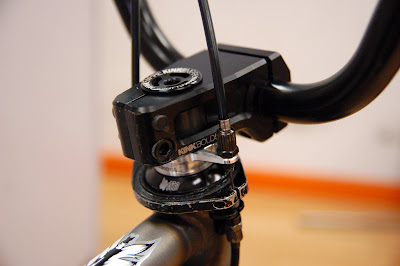 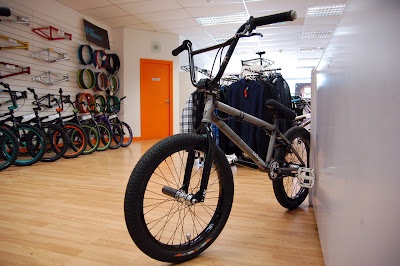 Posted by Unknown at 5:17 pm No comments:

Pretty short on time, so here's a quick infoburst from the past few:

Here are the edits from The Make/Mutiny trip that went down recently. Coverage is in the new Ride UK if you want to know more. Oh, and get well soon Roey!

Vans and Cult also did a trip recently, and here's their video.

Mike Escamilla has been there, done that, and received a plethora of T-shirts over the years. This is his latest video part, and if - like me - you were initially a little skeptical about how much you really wanted to watch it, it's definitely worth clicking over to and checking out. Some rad stuff in it! Click 'ere maaaaate.
Posted by Mark Westlake at 12:52 pm No comments:

The Blazingsmoke lads get interviewed about the video they put together for the Nike Chosen video contest...

See the actual edit they made by clicking here.
Posted by Unknown at 10:54 am No comments:

Chase Dehart. Deary me. Some sweet moves with some sweet editing = a sweet video. Good start to the weekend!

Speaking of Deal With It, how about a warm up for Get Used To It? Lahsaan Kobza doing his thing for Subrosa...

I know this won't mean much to you, but not having to manually change the 'autoplay' code on Vimeo embeds is joyous.
Posted by Mark Westlake at 2:04 am No comments:

Another day, another Tammy video. The toothy hanger 180 is awesome.

I've heard/read a lot about Drew Hosselton before but couldn't really remember much about his riding. Turns out he's msot definitely got the skills, as this Demolition video shows!

Eduards Zunza is yet another person I'd heard of but didn't know much about. For some reason I thought he was just some park dude, but them rails be serious.

While we're talking rails, here's a split video from Iz and 'Andrew' for Cult.

Lastly, if you're headed to NASS, here's some info for you on the street spots on offer. An interesting concept, although I think I'd rather go and ride London for a weekend rather than riding a pale imitation of them surrounded by inebriated pikeys. Click here for that.
Posted by Mark Westlake at 1:09 pm No comments:

Finally, that weekend has passed. Stress over!

Anyways, two videos I happened to check out after being AWOL for a few days - firstly, the ever awesome Tammy doing some bicycling manoeuvres for Coalition, and secondly a video from Proper featuring a couple of their - to quote them - "lesser known" riders in the form of Shaun Jinks and Jamie Guile, with help from Rory Duncan. The video's filmed in East Paris, which I now very much want to go to. Those spots are mental, but there's also some cool lines in this vid so check it ouuuut!

I love the editting and the good vibes in this video. Made me smile seeing the boys from Blazingsmoke shred and have a good time. I present to you the Bruza brothers and rat boi.

http://apps.facebook.com/nike-chosen/crews/bstoked
Posted by Unknown at 12:15 am No comments:

So, Ben Lewis. Dayum. This video's been floating around on many people's Facebook pages today, a pretty ridiculous Baker's Dozen. I haven't really been that into some of the ones so far, but this one was awesome throughout. Give it a watch, some pretty different, creative and more importantly new stuff in there.

Speaking of, you could also use all of those adjectives to summarise Shane Weston, who's now on Eclat pro.

Lastly, BSD got awesome in Austin - Kriss Kyle appears to be pretty handy with the ol' rails these days?

Something that isn't 'new' is Will Jackson's sponsorship on WTP, although this trailer for his new video is...

This is also new, at least to me/the internet - Greg D'amico is a name I've heard of before but couldn't really remember seeing his riding. This is pretty sweet though. I sort of really want to try jumping through a swing now.

Nike are spending big on their advertising over the coming months... their new action sports commercial will be playing from the 1st July in cinemas and TV.
Now you can point out who Dennis Enarson and Garrett Reynolds are to your granny when the adverts start rolling during Coronation Street. :)
Posted by Unknown at 2:56 pm No comments: 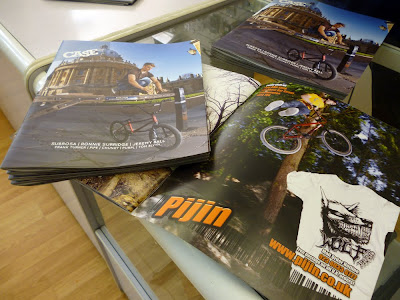 A couple of boxes of Case Issue 6 have just landed at the shop. A lot of hard work and late nights have gone into this issue from Mike, Louis and Ollie (and all the other contributors), and the outcome looks awesome.

Come grab your FREE copy from Pijin now!
Posted by Unknown at 4:42 pm No comments:

Welcome to the team indeed!

Posted by Mark Westlake at 10:51 pm No comments:

With John doing an awesome job of holding down the local news/product news side of things, here's some inspiration from further afield...

Dyno was someone who I enjoyed riding with back in my Newcastle days, and even back then he wasn't scared of doing some pretty wild moves. With a filmer more readily available, a bike not cobbled together out of swap-meet bits from Exi skatepark and another year or two of progression and development, here's his Spring 2011 edit for KIS. Moves!

After starting with a bit of a banger, it's time to get a bit serious - Niki Croft is well-known throughout the UK (and the world, to be fair). He's a sound dude with some serious skills to boot, but he got taken down by a savage crash at the Cycle Show a while back. Rich Forne documented some of Niki's return to action, and that became the basis of one of the series of Relentless Short Stories that have been popping up over the past year or so. Here it is - it's a bit full-on, but definitely worth watching through.

Lightening the mood again - I'd seen bits here and there online in the run-up to the Texas Toast jam that Odyssey put on over in Austin, but it wasn't until today I actually saw anything of it. Pretty amazing! Gauntlet of Death is awesome. Comps like this are the future - you can take your massive box jumps and pentuple whips, this looks like more fun to me...

As a result of a 4-day event the company I work for put on last weekend I didn't get a chance to post this when it was 'fresh', but here's a cool video of Seamus McKeon. Really like watching him ride, so more footage is always a treat.

I'm fully in need of some sleep so that'll have to do for now...
Posted by Mark Westlake at 10:35 pm No comments:

The new 2 piece Onyx cranks from Eclat. Looks to me like they have investment casted the pedal and axle bosses, but apart from that, it looks like it has the same 22mm axle as the Eclat Tibia cranks. A strength improvement maybe? Who knows, until people actually start riding them?
Expected to be in the shop around the 7th July 2012. Available in either black or chrome, these cranks will set you back £159.99. 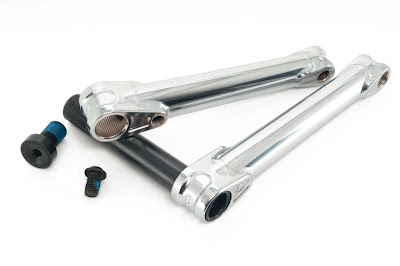 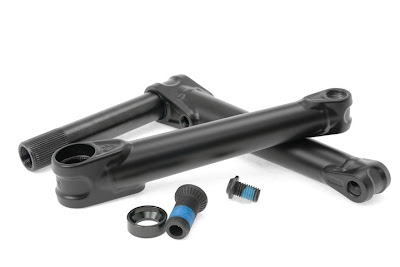