LAPTOP SMAAAASH! Pretty close to it then after getting stuck in some kind of infinite "Log in!" loop. Fury.

Anyways - it's NEW PRODUCT TUESDAY! A freshly invented title for the 7th September simply because there's new product ahoy. Interbike around the corner = show off your goods time.

First up, some 'fruity' gloves from Odyssey. They all laughed when Edison recorded sound, and they all laughed at the engineer hats that became mad popular, but ho ho ho - who's got the last laugh now? Well, probably Odyssey.

"That looks like their old sprocket!" I hear you cry - correct, that's because they made it that way for Chase Hawk's new sprocket. 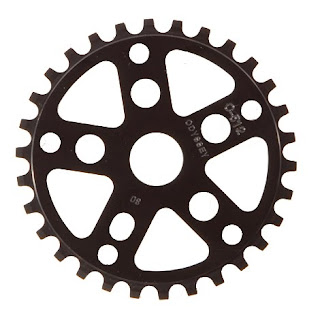 I could type some kind of witty spiel for the new Aaron Ross tyre, but essentially the only thing anyone's really going to care about is the fact that it comes in 2.35", which is about this big: 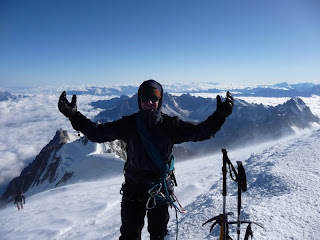 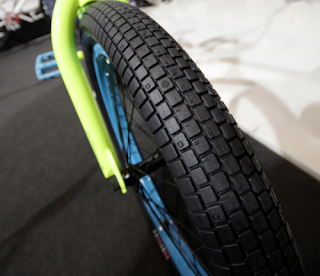 Superstar (no, not that straight-out-the-catalogue UK company, the original rad French dudes) also have a load of new stuff coming out - click over to Ride US for more.

If, when watching this video, you start clapping your hands like a demented seal and making strange barking noises because this Vans edit has riding in a skatepark with DC logos in it: No-one cares. Just thought I'd clarify that. If you're watching someone ride street and they ride past a McDonalds, do you instantly start complaining that that's not an "[Insert sponsor name here]" video, that's a McDonalds video? Yeah yeah, competing companies, whatever - no-one cares. No, really. No-one.

Dude's got a nice style though regardless.

Speaking of "Nice style", Steven Hamilton used to have one, but now makes interesting blog posts. "Drama drama" rather than "Disguise disguise"?
Posted by Mark Westlake at 11:24 pm