It might be a Ben Lewis vid, but the usually godawful Mpora "High quality" (I still can't believe they put that in their advertising hype/mission statement and actually went live with the quality rapage that it produces. Their call I guess, long live Vimeo!), and some weirdness on my computer that means that whole video plays like a stop-frame animation it could be pretty much anything. According to Ride, the last trick is an oppo, pegless uprail, and I think the first trick was possibly a double pegs to hard 180 off, but I only caught about two frames of the entire line. He does some other riding, then I got a frame of his sitting in a Carhartt top, and that was about it...

In other news, Red Bull have boshed up some Empire of Dirt pics - can't wait to see how that one turns out! 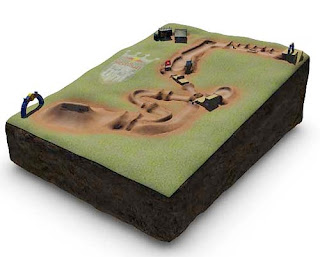