I was over the Orchid site today and I spoted the newer version of the current Cobra shoe. This is what Orchid had to say

2012 samples are here. Shoe photos are happening now, here’s the first off the line. This is Matt Beringer’s new shoe, The Cobra 2. The color is called “blue groove” which is also the name for the hard packed line that forms in a dirt jump after it’s been ridden a lot. Beringer knows a little something about that since his backyard is a giant dirt playground. I got a chance to watch Killjoy recently and it’s apparent that Matt’s creative style of riding has rubbed off on the entire Utah scene. Every one of those dudes does kooky stuff, which is entirely entertaining and inspiring at the same time. Keep bmx weird! 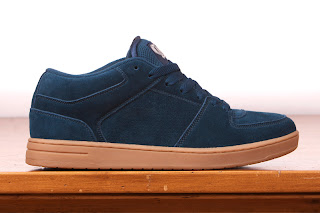